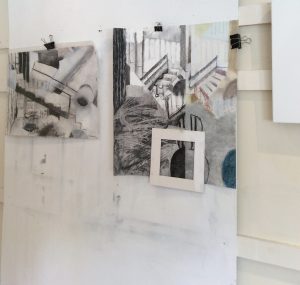 After a period of reflection (and recovery) after completing my MA last September I am making a return to CFT drawings, which resulted from my residency at Chichester Festival Theatre. The stimulation of imagery and architecture were quite overpowering at the time. I had to focus quite closely on the exhibition at the Minerva and on my degree show and so I had to ignore much resource material. I am now taking the opportunity to return to it as I prepare for a new period of painting. The Foyer continues to attract me visually and I have completed a ‘medley’ of small drawings which are 20 x 20cm. 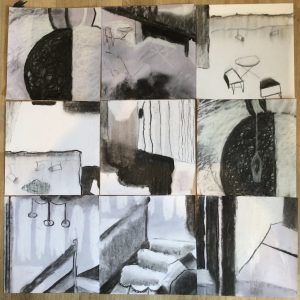 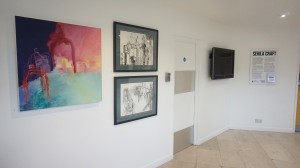 Minerva Theatre Exhibition
The MA is now complete, the degree show has finished, all stewarding is finished and the work has come down. For me, I still have paintings on display in an exhibition, which has been so expertly mounted by Sophie Shaw and Harriet Rose in the foyer of the Minerva. I have two drawings and five paintings on display, showing some of the work completed during my residency, focusing on the production, The Rehearsal. 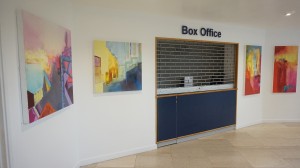 One of the paintings on display is the one which I started in the Foyer of the main theatre, and shows the place which Luna had described to me as being a special place for her. You can find this painting immediately to the left of the Minerva Box Office. 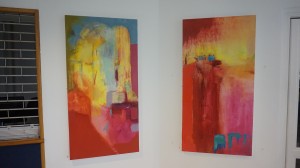 I am very proud to have my work shown in this prestigious location and I am endebted to the theatre and my MA tutor Dr Shirley Chubb, for their support and encouragement.
Come and see some Chekhov at the Minerva and see the exhibition for yourself.

Attending Press Night for Way Upstream did not disappoint. The stage transformation to the River Orb was magnificent. I was so impressed by the physical capabilities of the cast, working in the confined space of the boat and teetering precariously over the water for much of the play. I particularly liked the ‘speeded up’ sections of the action, demonstrating again the skill of the actors and the vision for the play. Creating illusion is the stuff of theatre and this was supremely well achieved in all aspects of the production, not least the technical achievements achieved by the Technical team.

The night before Press Night I had attended the pre-show talk with Nadia Fall and Alan Ayckbourn. Ayckbourn discussed the creation of a character who was at first attractive and then totally abhorrent by the end of the play and this was admirably met in Jason Durr’s portrayal of Vince. Ayckbourn was also asked about the final quarter of the play – was it a meant to be a dream sequence? He ducked the question and perhaps with good reason. Several of the critics of Way Upstream seemed less than convinced about this part of the play (Theatre Cat;Telegraph; Chichester Observer) 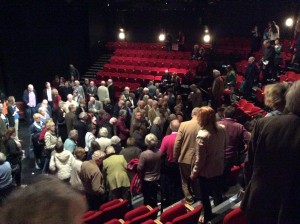 Here’s the image I put on the front of the card for Press Night for Nadia, the cast and the creative team: 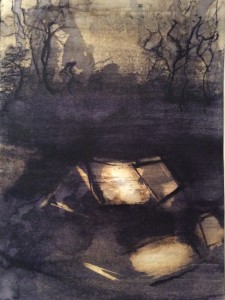 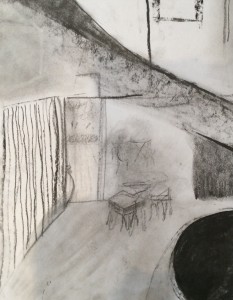 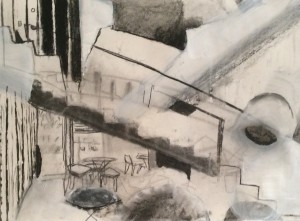 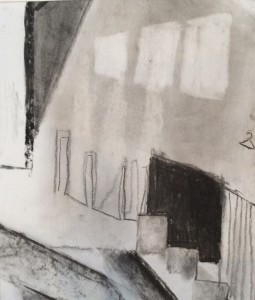 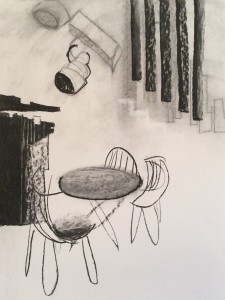